LAWRENCE – When examining the determinants of an individual’s health status, physicians and researchers consider personal factors such as age, race, gender, or socioeconomic factors such as the quality of life. education, economic stability or access to health care. A new study from the University of Kansas adds to the evidence that political ideology can be a social determinant of health, especially during public health crises.

Researchers have long believed that associating a person with an ideological view can impact long-term health behaviors, such as banning smoking in public to prevent lung cancer, or opposing vaccines due to concerns about side effects, but the COVID -19 pandemic has provided a unique opportunity to study how it influences behavior during a public health emergency. For the study, the authors conducted two surveys and a review of studies on ideology and health, concluding that political beliefs influenced health attitudes and behaviors during the pandemic. 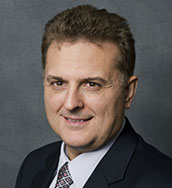 â€œWhat this study shows is that political partisanship and ideology appear to be one of the most important drivers of health behavior when it comes to COVID-19,â€ said lead author Mugur Geana, Associate Professor of Journalism and Mass Communication and Director of the Center for KU. Excellence in health communications to underserved populations. â€œThe US Department of Health and Human Services defines social determinants of health as the conditions in the environments where people are born, live, learn, play, worship and age that affect a wide range of health outcomes. Because ideology depends on group affiliation and influences interpersonal relationships, we believe it should also be viewed as a social determinant of health.

This finding is particularly important to remember at a time of significant political polarization in the United States, wrote Geana and her co-authors Nathaniel Rabb and Steven Sloman of the Policy Lab at Brown University. The study was published in the journal SSM-Population Health.

For the study, researchers first conducted a convenience sample survey on social media through the Center for Excellence and Health Communications to Underserved Populations, followed by a representative sample survey at the nationwide through Brown’s Policy Lab. Respondents were asked about their political ideological beliefs as well as their knowledge of COVID-19, attitudes and beliefs related to COVID-19 risk factors, and demographic information. The surveys, conducted in late 2020, also asked where people received information about the pandemic, whether they intended to be vaccinated, whether they had COVID-19 themselves or knew someone who had. , if they wore masks and practiced social distancing, and others questions. Analysis of data from both surveys suggested that ideology was a significant predictor for all behavioral dependent variables, and in most cases, the strongest.

For the third part of the study, the authors reviewed 181 articles on the emerging behavioral literature on COVID-19 and analyzed the results of 44 selected studies that examined the influence of ideology on behavioral patterns. health. It was found to be a significant predictor of responses in 79% of study estimates, and it had the greatest effect on COVID-19-related behaviors in 39% of them. No other variable, such as age, sex, education, or race / ethnicity, was the best predictor in nearly as many studies.

All three data sources, taken together, contribute to the growing body of knowledge that the political ideology of individuals will influence their behavior in relation to their own health and that of the public. This has important potential ramifications for public health as well as health policy and strategic communications.

“It was obvious that we expected to see differences in attitudes and behaviors based on political partisanship, but we wanted to know what impact this has and whether our results mirror those of other studies,” Geana said. â€œTo our surprise, we found that ideology was the best predictor of behavior related to COVID-19. When we take all of this into account, it suggests that in times of crisis, what the pandemic was, and in a polarized society, ideology is a major driver of people’s behavior when it comes to their health. “

Geana said the study was not intended and should not be used to defend an ideology or to argue that an ideology is good or bad. The aim was to contribute to the body of knowledge on how ideology influences health behavior in times of crisis and to raise awareness among policy makers, health officials and health communicators, particularly in the field of health. hyperpolarized climate of the United States.

Geana conducted similar studies on how Kansas residents received information about the pandemic and assessed risks, as well as how the United States and Chile, two seemingly different nations, approached the crisis. Taken together, these studies show the importance of taking into account several variables, including ideology or political partisanship, when assessing health behaviors, and promote understanding that a message will not resonate equally with everyone in the community. terms of health interventions and responding to valid concerns that people may have in regard to their health.

â€œIt shows that we need to keep an open mind and make sure that the messages for the health interventions that we design are appropriate for the audience that we are trying to reach at that time,â€ Geana said.